From the deep, depraved and murky depths of X-Men: The Last Stand and X-Men Origins: Wolverine, hope returns (somewhat) in X-Men: First Class and The Wolverine.

Comic News Insider: Episode 510 is now available for free download! Click on the link or get it through iTunes! Sponsored by Dynamic Forces.

Erica Schultz returns to rekindle the podcast marriage. Jimmy discusses a screening he saw of an upcoming kick ass Zoe Bell film called RAZE, they mention a few of the various comic cons still happening this late in the game and come up with one of their own (JimmyCon!). Jimmy also gives mad love to the ABC show The Neighbors especially star Toks Olagundoye. News includes: Disney’s Marvel teams up with Netflix, Star Wars VII gets a release date, iZombie nexts comic to be TV adapted, Cinemax lands U.S. rights to Kirkman’s Outcast,  Neil Gaiman writes e-book for Doctor Who’s 50th anniversary, and the son of a Doctor Who writer claims he owns rights to the TARDIS. As always, listener feedback, Top 3 and more. Leave your iTunes comments! 5 stars and nothing but love!

Looking very spiffy in our vomit-covered rented suits, here is the latest episode in all it’s “glory”

The Melbourne Cup continues to annoy and perplex us

Remember, remember the 5th of November…. For annoying the piss out of us!

Those dirtbags over at The Boxed Whine….

This week I go back over the long Comic Summer Movie season and recap. We will discuss Iron Man 3, Star Trek Into Darkness, Man Of Steel, Red 2, The Wolverine and Kick Ass 2. Enjoy!

This week I will be reviewing The Wolverine and I will talk about the series it was based on. Also I will discuss where I would like to see the franchise go from here in future movies, also we celebrate our seven year anniversary. Enjoy!

This week it is all about the summer movies this is part one of my summer movie spotlight series. I will discuss and review in detail the first crop of summer blockbusters starting with After Earth, The Lone Ranger, Monsters University, Red 2, and The Wolverine. Enjoy!

In this week’s episode,  the More to Come Crew discuss DC’s 3D novelty cover shortage and how it impacts retailers, the DC Comics ICv2 interview, new digital business models from Mark Waid’s Thrillbent, Keith Knight and the Sequential app, creator rights topics including the Kirby WFH legal ruling and Chris Claremont’s movie snub,  movie reviews of The Wolverine and Two Guns, manga obscenity arrests in Tokyo and much more in this podcast from PW Comics World.

Stay tuned in for our next regularly scheduled episode – there will definitely be More To Come! 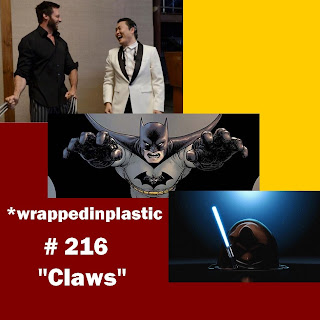 Comic News Insider: Episode 485 is now available for free download! Click on the link or get it through iTunes! Sponsored by Dynamic Forces.

Jimmy is joined again in studio by his podcast wife, Erica Schultz! Erica gives her thoughts on her first San Diego Comic Con and Jimmy brings you a bunch of the massive amounts of interviews he got there. In this episode, you’ll hear him chat with Amber Benson (“Tara” on Buffy the Vampire Slayer), Congressman John Lewis and Andrew Aydin (March), Lili Bordan (Battlestar Galactica: Blood and Chrome), Yuri Lowenthal and Tara Platt (Shelf Life) and Stacey Hayashi and Damon Wong (Journey of Heroes). News includes: Comic Arts Brooklyn replaces BCGF, new animatedArchie is on the way, Neil Gaiman goes gaming, Skin Crawling Comics launches Indiegogo campain and Flash series to spin out of Arrow. As always, listener feedback, Top 3 and more! Leave your iTunes comments! 5 stars and nothing but love!

Come back later this week to hear the roundtable interviews with the cast/creators of the hit BBC America show Orphan Black and the new CW show The 100.

Children with absurd names due to absurd parents

G Money’s wrap on The Wolverine

If a Guardians of the Galaxy is happening, an X Force movie is definitely going to happen

Masterchef loses the plot on its own, already weak, premises.

This Week Live (aka The Panel 2.0) is just The Project with less c*nts

Where can we go to get some REAL NEWS!?!

–          Our plans for the next conventions appearances in Perth

–          Amazing Spiderman 2 pics and footage coming out, funnily enough, not of Spiderman

–          Defend a killer whale in court with the a new DLC for the latest Phoenix Wright game!

VERY nerdy show today off the back of all the happenings (Nothing to do with M Night thankfully) at SDCC and big The Wolverine movie review!

Drive through liquor stores: Only in Australia?

G Money give his quick thoughts on Pacific Rim

Guardians of the Galaxy casting confirmations

X Men: Days of Future Past

VERY French beginning to the show! But don’t let that stop you from listening!

G Money is starring in the next series of Kyle XY

Make sure you check out our YouTube Channel: https://www.youtube.com/user/UltimateFacepalmUFP

The Vandals are FAR superior to The Offspring

–          The Lanterns from the Green Lanterns, their powers and what to read if you’re getting back into Green Lantern

Brazilian man killed by a cow falling through his roof

A sad, pathetic narcissist is trying to sue Gucci over his $800 manbag

–          Hugh Jackman pushing for Wolverine to feature in The Avengers

–          Ducktales Remastered to be released in August across the US

A short one (due to our Man Of Steel review) to keep you going until Sunday. Let’s have at it!

“Comedian” Josh Thomas once again, pushes the boundary of the definition of “Comedian”

Fifi Box once again, pushes the boundary of “relevancy“

Wolverine gum that no-one should buy!

State Of Decay re-submitted to the Australian Classification Board

Mad Max will be Australian after all!

If you’re an Xbox Fanboy, be ready to be labelled a “Chikan” or “Groper/pervert” in Japan

Terminator rebooting as a new trilogy

Geoff Johns to write for the new Arrow series

This week I continue what has been one of the staples of the podcast the summer comic movie preview.

Two podcasts in one week!

On this episode we take a look at the mind-numbing events of Age of Ultron #3, and try to come to terms with the passing of the Black Panther. Then we review Guardians of The Galaxy #1, and try to figure out if the trailer for The Wolverine got us excited for the film or not. Listen in!

Will you miss the Black Panther? Head over to our podcast Facebook page and let us know.