Mike and Derek are back at Heroes Aren’t Hard to Find in Charlotte, NC, for their December show. It’s been a couple of months since their last visit to the shop — this past fall was difficult for everyone — but the guys are excited to sit down among customers and talk comics. And this being the end of 2018, they thought they’d discuss the year in review, the highlights, the news, and the notable titles that defined 2018. Among other topics, they cover the unfortunate passing of several comics legends over the past year, including Steve Ditko, Stan Lee, and Marie Severin. (They mistakenly bring up Bernie Wrightson, as well, although he died last year.) They also spend time talking about 2018 being the year that the imprints Black Crown and Berger Books really took off, the 1000th issue of Action Comics, the impact of Tom King this year, Grant Morrison’s new work on Green Lantern, and the past year in terms of the Marvel cinematic (and Netflix) universe. While Mike is free to share some of his favorite titles from the past twelve months, Derek is a little reticent because he doesn’t want to give away what he’ll discuss on next week’s year-end episode where he and Stergios reveal what each considers their favorites of 2018. Stay turned for that!

And remember, The Comics Alternative‘s on-location series is part of the Queen City Podcast Network. Check out the other great shows that make up this audio community!

Jon Morris is back, once again, on The Comics Alternative, to share his research and sense of humor. His latest book The League of Regrettable Sidekicks (Quirk Books) is the follow up to his previous two works, The League of Regrettable Superheroes and The Legion of Regrettable Supervillains. In the spirit of the previous books, this one is a revealing and good-natured look at some of the strange creations making up comic-book history, figures that may be unknown or  completely forgotten by most enthusiasts. And perhaps for good reason. Also like the earlier works, Jon divides his survey into three temporal categories: the Golden Age, the Silver Age, and the Modern Age. Sterg and Derek have a fun time talking about the weirdness of this collection, their favorite “regrettable” sidekicks and henchmen, and their wonderment at how such figures made it into four colors. They also talk with Jon about his other work and future projects, including his own comics work.

See where it all started! Visit Jon’s blog, Gone and Forgotten, and get the inside scoop on retro comicdom! And if you’re a Columbo fan, check out his sleuthy podcast, Just One More Thing.

This week the guys are joined by Joey DiCarlo from the So Wizard Podcast. Together they discuss the latest Marvel and DC comic news, the Black Widow movie and the Joaquin Phoenix Joker movie. Plus Billy Dee Williams return to the Star Wars films. And finally they wrap up by discussing Henry Cavill’s dating problems. All this and much more in the latest Super Hero Speak, enjoy! 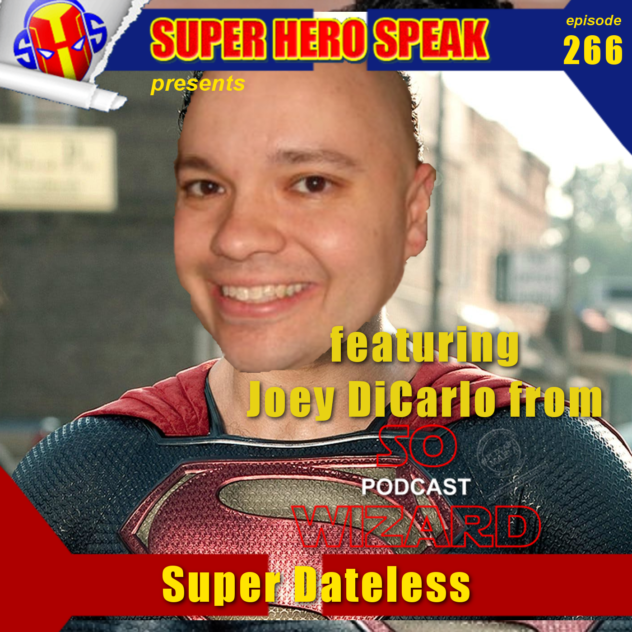 We talk about the Incredibles 2 film from Disney and Pixar. Topics include the humor, the reverence for the genre, the music, and more. 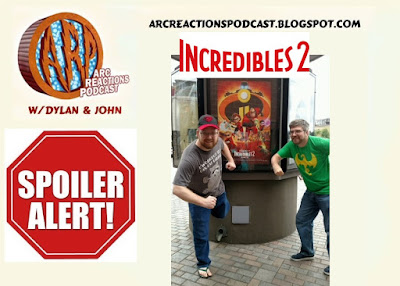 How Much Is Too Much?

For the March on-location recording at Heroes Aren’t Hard to Find in Charlotte, NC, the topic of discussion is comics adapted into movies and television series (especially superhero properties), and if we’re about to reach the point of oversaturation. Joining Derek in the conversation are shop customers Zyg, Jack, Jesse, Erica, and Christian. All of them are fans of superhero film and TV, and each brings a unique perspective to the discussion. And, as expected, everyone varies in their opinions on how much is too much when it comes to superhero adaptations. Among the various movies and series they discuss are Black Panther, the Iron Man series, Watchmen, The Crow, Justice League, Tim Burton’s Batman, Gotham, the various Netflix series, and Marvel’s Agents of S.H.I.E.L.D. They also talk about non-superhero comics adaptations such as Lucifer, iZombie, Ghost World, and, of course, The Walking Dead. And toward the end of their conversation, everyone expresses her or his own wish list of other properties that could be adapted into television series or films.

This weekend Derek talks with Joseph Freistuhler about his current Kickstarter project, The Not So Gold Age #2. This parody of the superhero genre is actually a webcomic, the first physical issue of which Joseph and his co-creator Phil Buck successfully Kickstarted back in 2016. How they’re back to bring the second issue into paper existence.

The Not So Golden Age is the story of several washed up, dysfunctional superheroes. They were once the premier heroes of their generation, but having been unused for so long, they’re relegated to the dreaded public domain. As a result, they now reside in a trailer park outside of Reno, Nevada. That happens.

As Derek’s talk with Joseph reveals, this is a project steeped in humor, from the narrative itself to the mock ads that populate the insides. As the writer reveals upfront in his Kickstarter disclaimer, “This comic may not actually be the best comic you will ever read. However, it is the best comic book my mother will ever read!”

So please, join Joseph’s mother in enjoying the warm, nougaty, comics-filled goodness of The Not So Golden Age by backing the printing of the second issue! You’ll be glad you did.

This week the guys sit down with former Marvel artist turned independent creator Tom Rasch. Tom tells Dave and Matt what it was like to join Marvel in the late 90s and why he left the business to work in video games. Now he’s back in the buisness and introducing his new book Black Alpha, an idea hes had since he was a kid. So sit back and enjoy! 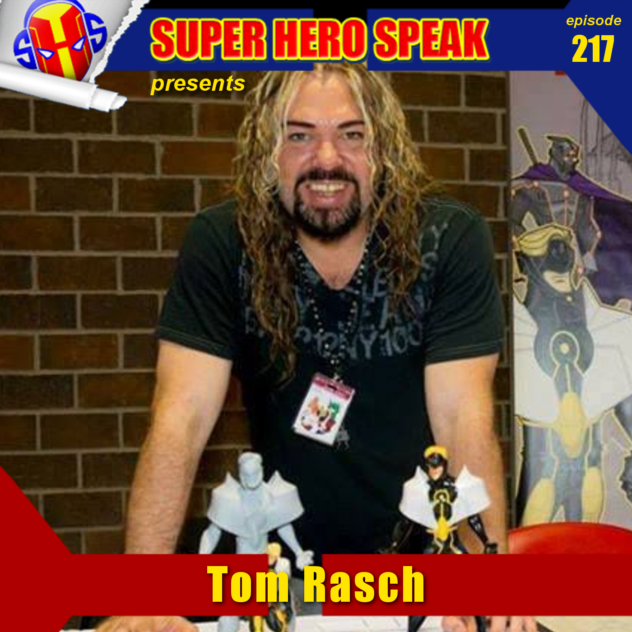 Support us on: Patreon: Become a Patron!

Episode 186 is here, bub. Ian and Brent have seen Logan, so the second half of the episode is devoted to that, with spoilers aplenty. But before we get to that, Ian, Brent and Brandon do what they do best: list stuff! The Hollywood Reporter put out their list of the Top 50 Best Superhero Performances Ever, and we think we can do better. But don’t worry, we only do a Top 15, so you don’t have to sit through fifty different choices.

Thanks again for listening, and we’ll see you next time for our C2E2 wrap up and more!

This week the guys review the DC CW 4 episode cross over Invasion. Hear what the guys thought about the trial run of the Justice League. They all enjoyed the ride, but there were a few bumps in the road, enjoy! 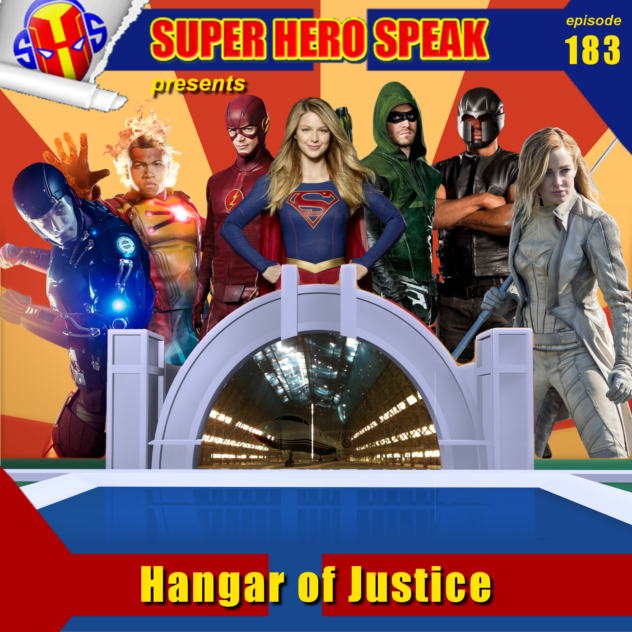 Please support us on Patreon: https://www.patreon.com/SuperHeroSpeak

This week the guys talk about The Tick and Agent’s of SHIELD premiers. Also they discuss the rumors that a certain Marvel vigilante might be making an appearance on Agents. Plus Dave has a wish for this season of Agents that no one wants to see be fulfilled. Finally John tries to start a rumor that the others have to quickly stop. All this and so much more. So sit back and Enjoy! 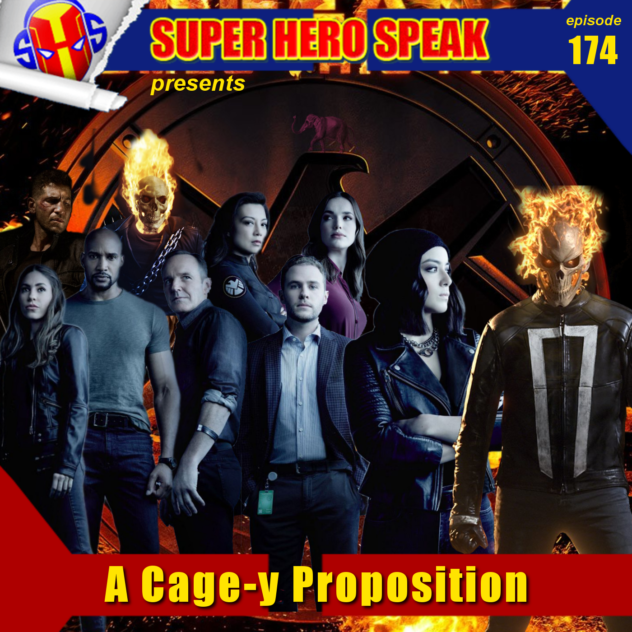 Check out this list of the “best”” superhero movies: http://www.dailydot.com/parsec/best-superhero-movies-ranked/?fb=ss&prtnr=nerdist

This week we dive right in to Night of the Monster Men parts 1 & 2. Then we sit down for dinner with the Top 3 in Trinity. Followed by some sick gunslinging in Kingsway West and finishing with a little demon hunting with our pal Lucas Stand.

Host Anthony Desiato brings in The Dads (John-Eric Aguilar, Matt Horton, and Joe Morciglio) to talk fatherhood and collecting: finding the time, space, and money to continue the hobby; charting a course for the next generation of collectors; and keeping those prized collectibles out of reach. It’s the penultimate episode of Season 2!