This week the guys review the cinematic marvel that is Captain America: Civil War. Arguably the best Marvel movie to date the guys delve into the nuances of what makes this a great film, and of course there are comparisons to Batman v Superman. Sorry DC fans, Marvel got it right. So sit back and enjoy the fireworks as our war gets a little less civil. 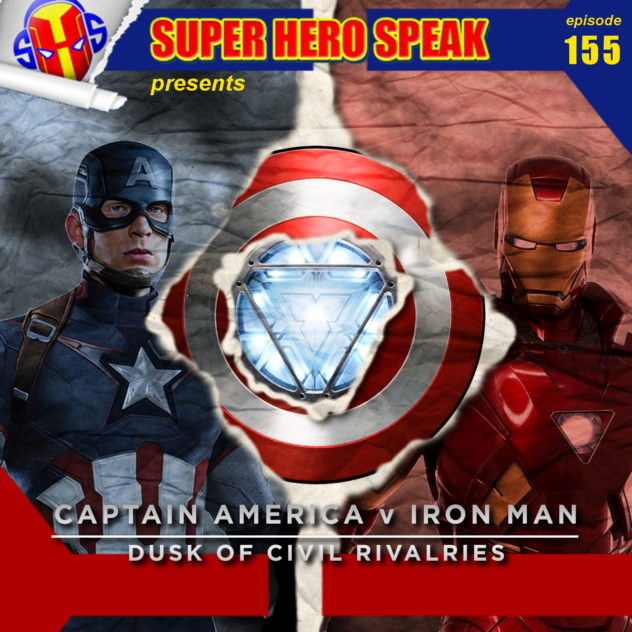 Here we go boys and girls, this week the guys sit down and review the movie that is Avengers: Age of Ultron. Be warned this episode is spoiler heavy so go see the movie before you listen if you don’t want spoilers. Ye have been warned! Enjoy! 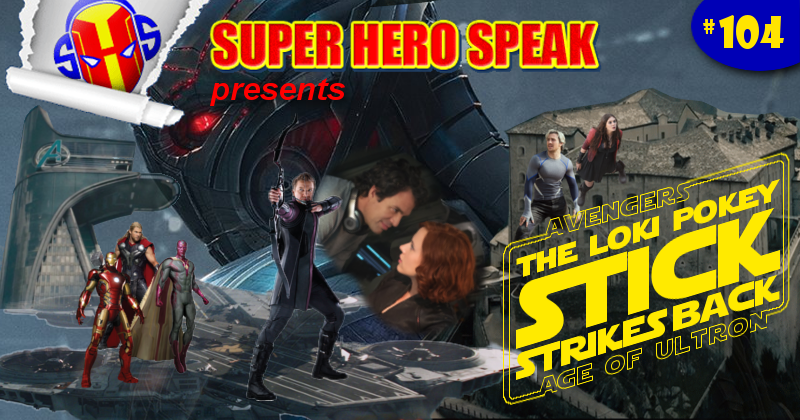 When the calendar is in the fifth month, And marvel heroes align, Then Tony will create AI, And hell will break loose

Demetrick joins Dylan and John to discuss the events, characters, and repercussions from the latest movie from the Marvel Cinematic Universe. Did we like it? Were the MCU changes from the comics done well? Give it a listen and see.

Our next release will be May 26th when we will be recapping our time at Denver Comiccon.

So Ben, Dave and John have a lot to talk about this week. The new Supergirl revealed! Fish Mooney not leaving Gotham? Marvel Studios not attending San Diego Comic-Con this year!?! These and many more topics discussed in this week’s episode.Plus hear the birth of what could easily become the greatest of internet memes, the jokey-pokey stick! So sit back and enjoy. 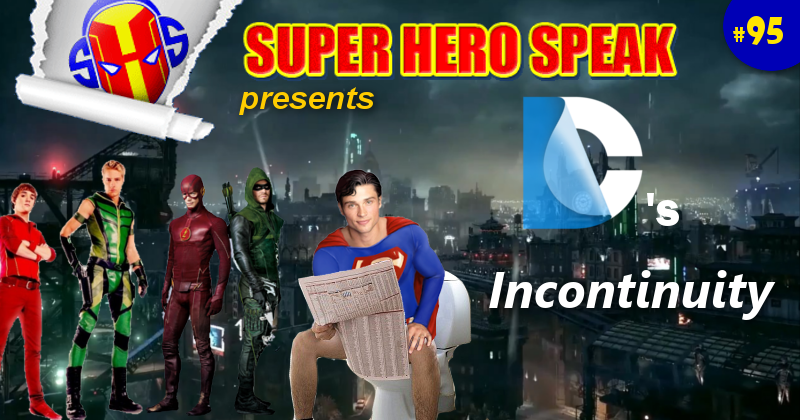 And the winner is Kylan and Ken! Congrats you are the geek of the week! follow them on twitter here: https://twitter.com/KylanandKen

#stumpthegeekspeak question of the week: Named he characters and the secret identities of the Smallville version of the Justice Leauge?

On this podcast we talk about the mid-season finales for The Flash, Arrow and Agents of S.H.I.E.L.D. Then we review Marvel’s “game-changing” Avengers and X-Men: AXIS #7. Who is your Daddy, and what does he do? Listen in?

Which series had the best mid-season finale? Head over to our podcast Facebook page and let us know.

On this podcast we review the small art house film Captain America: The Winter Soldier. Could this be the best Phase Two film yet? The best Marvel film yet? Listen in!

What did you think of Captain America: The Winter Soldier? Head over to our podcast Facebook page and let us know.

On this podcast we talk Avengers: Age of Ultron filming and the Teenage Mutant Ninja Turtles trailer. Then we review Real Heroes #1, All-New Ghost Rider #1 and Blackout #1. Three comics, three different companies. Variety is the spice of life. Listen in!

What did you think of the Teenage Mutant Ninja Turtles trailer? Head over to our podcast Facebook page and let us know.

The crew returns with another episode of your favorite Friday Night Delight!

We discuss, in a loose format, the Marvel Studios: Assembling a Universe special, Captain America: The Winter Soldier, Agents of S.H.I.E.L.D., and more Marvel movie goodness! There’s even some brief talk about the cinematic DC Universe toward the end.

Patton Oswalt to Guest Star on Agents of S.H.I.E.L.D.

Chuck Returns to The Related Recap

On this podcast we’re joined by JoshWill from Foshkos as we review the conclusion to Marvel’s latest event: Infinity. Best event in years? Then we review Uncanny Avengers #14 and pick our own titles for the Batman vs. Superman movie. You’re welcome. Listen in!

What did you think of Infinity? Head over to our podcast Facebook page and let us know.

Listen to Everything Blows #12 right now:

In loose chronological order, Ross details his cornucopia of defunct projects. At the beginning of his career, he passed on drawing Local for Brian Wood. His pitch for a giant monster story called Shibbahyip was rejected by Tokyopop, and so was his original pitch to Oni for Wet Moon.

Ross relives the development hell of Dead Tired, a pitch he worked on with Vertigo at DC Comics for years until he couldn’t recognize the story any more. He also talks about his Vertigo pitch for Swamp Things (yes, “Things”), which was rejected in favor of a China Miéville Swamp Thing comic book that never happened.

Ross has had numerous misses with the Teenage Mutant Ninja Turtles, starting years ago at Mirage Studios up through last year when he was offered an opportunity to draw the main series at IDW. Luckily, Ross was able to get the TMNT thing to finally happen and his four issue IDW Turtles story begins next month!

But wait… there’s more! Ross passed up an opportunity to draw an issue of the most recent Young Avengers series, plus he declined to work on the new Marvel Knights Hulk miniseries. And there was also an offer to draw an issue for DC’s Villain Month that Ross turned down.

Nick describes a few of his own rejected pitches for animated shorts over at Frederator Studios, including one you can read called The Demon From My Butt.

After that, Ross and Nick rant about annoying comic book news and try to figure out what the #$%& is going on with Scarlet Witch’s O-face.

On this podcast we review Chin Music #1. What just happened? Then it’s an impromptu chat about The Walking Dead #110. And to finish, we discuss The Amazing Spider-Man 2, Agents of S.H.I.E.L.D., Captain America: The Winter Soldier, Man of Steel and Avengers 2 movie news. Listen in and enjoy!

Are you committed to a full season of Marvel’s Agents of S.H.I.E.L.D.? Head over to our podcast Facebook page and let us know.