END_OF_DOCUMENT_TOKEN_TO_BE_REPLACED

The Comics Alternative is excited to have Rick Geary back on the show. The guys had last talked to him two years ago, after the publication of A Treasury of Victorian Murder Compendium, Vol. 1, and now Rick is returning to the podcast to discuss his brand new book, Louise Brooks: Detective (NBM). Although similar in tone to his historical murder mysteries, this is a very different kind of narrative for Rick. Here he uses the biography of silent film star, Louise Brooks, as a springboard for a fictional tale set in Depression-era Kansas (a setting with familial roots for Rick). After her heyday as a silent movie star, the toast of both America and Europe society, and a divorcée from two unsuccessful marriages, a still-young Louise returns to her

family home of Wichita to regroup and assess her life. There, she attempts to readjust to small-town living, tries her hand at becoming a writer, and eventually becomes embroiled in an elaborate and seemingly indecipherable mystery involving a once-famous playwright. Andy and Derek tell Rick that this is one of the most tightly wrought narratives they’ve read this year, with the kind of pacing and art that define his best Treasury pieces. They even ask him if this is the beginning of a new series of tales, one where Brooks becomes a sleuth in the mold of Miss Marple or Nancy Drew. (There are no plans yet, but the very end of the Louise Brooks:Detective definitely leaves that door open.) The guys also talk with Rick about his other projects, including his previous book, Madison Square Tragedy: The Murder of Stanford White, his adaptation

of classic works of literature for both Eureka Productions’ Graphic Classics and Seven Stories Press’ Graphic Canon series, his fascination of architecture and period dress, his Blanche stories, and his plans for future historical murder mysteries. Rick tells the guys about a few of his upcoming projects, including a new work based on the 1947 Black Dahlia case and his soon-to-be-launched Kickstarter campaign, “Murder at the Hollywood Hotel.” Unfortunately, the guys didn’t have the time to ask Rick about everything they wanted to discuss with him — e.g., his upcoming appearance at the SDCC and his work on last year’s A is for Antichrist: Obama’s Conspiracy Alphabet — but there is nonetheless a lot packed into this interview. It is a fun and informative conversation, and the guys look forward to the time that they can have Rick back on the show for a third interview.

In today’s episode,  Calvin and Heidi interview Carl Gropper, nephew of Will Eisner and head of the Will and Ann Eisner Foundation, Eric Reynolds, associate publisher of Fantagraphics, on reconnecting with the market, and veteran comics creators Rick Geary of A Treasury of Victorian Murder and Keith Knight of The K Chronicles on their comics and Kickstarters in this podcast from PW Comics World.

Stay tuned tomorrow, there will be More To Come

Catch up with our in depth San Diego Comic Con coverage, comics news, reviews and previous podcasts at PublishersWeekly.com/Comics 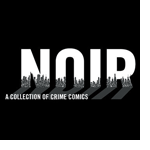