On the April manga episode, Shea and Derek discuss two very different series. They begin with Shuzo Oshimi’s Happiness, the fourth volume of which has just been released by Kodansha Comics. This is a vampiric narrative that takes place in the suburbs and centers on the relationships among high school students. But don’t make the mistake of thinking that this is Twilight-tinged fantasy. Oshimi’s characterization is sophisticated and, in places, unpredictable, and his art style captures the interiority of his key marginalized figures. Of particular interest is Yuuki, a bully who befriends the narrative’s protagonist, Okazaki, and how both characters handle their newfound vampirism once each has turned. The guys appreciate where this story is going, and Shea, in particular, is impatient in having to wait for the next few volumes. In Black Hole, Charles Burns examined coming of age, in a new and slightly creepy way. After losing their virginity, various teens are affected by something called The Bug. Does The Bug symbolize puberty, or something else? Kumar and Dana go back to take another look at this classic graphic novel.

Comic News Insider: Episode 640 is now available for free download! Click on the link or get it through iTunes! Sponsored by Dynamic Forces.

Emily Edwards returns to check out the new CNI studio in Inwood. They chat about Force Friday and the Arrow Season 4 trailer. Also, when Producer Joe was in Texas, he met up with loyal listener Jesse Jackson and they sat down for a nice nerdy chat which you can hear here! One day Jimmy will meet Jesse and they’ll talk nerdy things over lots of bourbon. ONE DAY JESSE! News includes: Disney and Sanrio sue over copyright infringement with edible cake frosting sheets, The Venture Bros. season 6 is coming next February, Amadeus Cho is the new Hulk, Ubisoft will open a theme park in Malaysia, USPS will release Charlie Brown Christmas themed stamps in October and more! Leave your iTunes comments! 5 stars and nothing but love! Also, get a hold of us! 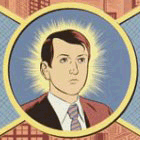 The Book of the Month for April 2010 is none other than Asterios Polyp (Pantheon Books) written & drawn by David Mazzucchelli. A must-read for all artists & graphic designers (hell, even architects too)!