On this podcast we review the first episode of Netflix’s Lost in Space and the new Suicide Squad: Hell to Pay. Spoilers ahead, dear boy. Listen in!

What did you think of Lost in Space? Head over to our podcast Facebook page and let us know.

A Flash Back / Flash Forward February BONUS episode! There’s a chill in the air as actress Danielle Panabaker stops by to talk about her role as Caitlin Snow on the CW hit series, The Flash…AND her icy turn as the villainous Killer Frost!
http://comicbookcentral.net
‪Subscribe to the show in iTunes
Subscribe to the show on Blubrry
Listen to the show via Stitcher
“Like” Comic Book Central on Facebook
Follow Comic Book Central on Twitter
email: joe@comicbookcentral.net

This week the guys critique, discuss and analyse the season finale of The Flash. Perhaps the best superhero show currently on TV,  the Flash definitely gave us a season finale worth talking about. Not only did Barry Allen time travel into the past to save his mother, the show also opened the door for alternative timelines and universes. Dave, Ben and John were a little confused by what really happened in the show and do everything short of pulling out a whiteboard to diagram it for you. So sit back and enjoy as the guys entertain and confuse! 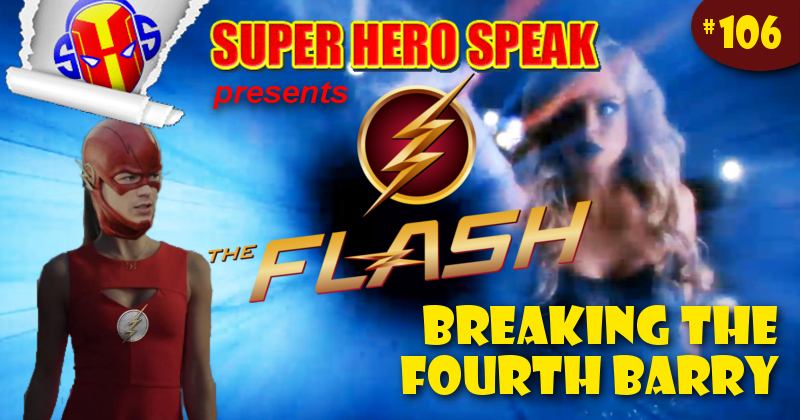 Don’t forget when you are done to check out or interview with the voice of Gorilla Grodd, David Sobolov!  http://superherospeak.com/wp/105-david-sobolov/

Don’t forget to answer our poll this week! #DCGenius =
#DCGenius = DC/WB is doing the right thing by keeping the TV and movie universes separate.
#DCStupid = Keeping things separate will end up blowing up in their face.

The DC Universe Animated Original Films continue with Batman: Assault on Arkham, an Arkhamverse tie-in film focusing on the Suicide Squad, and like true fans, we’re already prepared to talk about it.