Presenting a joint podcast production with Peter from The Daily Rios podcast (where you can also listen and subscribe to The Legion Project), where we will discuss, issue by issue, the 1984 Legion of Super-Heroes (volume 3) series affectionately known as the “Baxter run”.

In this episode, we discuss Legion of Super-Heroes #5, the fifth part of the “Eye for an Eye” story that ends with another death, sweeping change, and lingering questions.

Please leave comments below, send your comments to longboxreview@gmail.com or peter@thedailyrios.com, or chat with us @longboxreview or @peterjrios on Twitter.

Presenting a joint podcast production with Peter from The Daily Rios podcast (where you can also listen and subscribe to The Legion Project), where we will discuss, issue by issue, the 1984 Legion of Super-Heroes (volume 3) series affectionately known as the “Baxter run”.

In this episode, we discuss Legion of Super-Heroes Annual #3, “The Curse”, before we dive into the third part of the Eye for an Eye story. Please leave comments below, send your comments to longboxreview@gmail.com or peter@thedailyrios.com, or chat with us @longboxreview or @peterjrios on Twitter. Comic News Insider: Episode 740 is now available for free download! Click on the link or get it through iTunes! Sponsored by Dynamic Forces.

Jimmy is joined in studio again by co-Hoche-st with the most, Jon Hoche! Jimmy’s birthday did not go as planned but he appreciated your wishes! He also attended the awesome Warner Bros. Holiday Media Mixer and got to hang with some of his favorite publicists. News included: Dragon Ball Super will air in January, A Duck Tales reboot is coming next year, Archie Comics will release 4 special one-shots, Gypsy will come to The Flash TV show, Pokemon Go releases new monsters, Fantagraphics is getting into the superhero game, R.L. Stine will write Man-Thing, and DC Comics is teaming up some of their heroes with ones from Hanna-Barbera. Leave your iTunes comments! 5 stars and nothing but love! Also, get a hold of us!

I talk with Peter Rios (http://thedailyrios.com/) about our love for the Legion of Super-Heroes. Long Live the Legion! Strike up the band and sound the alarms, because Comic Timing has reached its sesquicentennial! To commemorate the occasion, Brent and Ian are joined by the Patrons of Comic Book Podcasting, the Sultans of Speaking Geek…Comic Geek Speak! That’s right, Shane Kelly, Adam Murdough and Jamie D are on the show as we all discuss Team Books. Team Books were last covered on the show waaaaaaaay back in Episode 10A (two co-hosts ago!). The varying voices lend a lot to the topic at hand, and we all had a terrific time talking comics together. Hopefully you’ll agree after giving this one a listen! And for those of you who regularly listen to CGS, enjoy the segment included within this episode, music and all.

Speaking of listening, Brent and I want to put a huge thanks out to the listeners that have stuck by us over the years. Although we might not be the regular with our releases, we both aabsolutely love doing this show, and could not do it without your continuing support. Here’s to 150 more!

As always – we are sponsored by DCBS! That’s right! Discount Comic Book Service! For those of you who have not used DCBS before, you can save an additional 8% off your first order via the promo code: CT8. Plus, be sure to check out their Comixology digital storefront for even further savings!

On this podcast we review the finale to Marvel’s latest event: Age of Ultron. You knew this was coming, right? Then we try to end on a positive note with some news from last week. Well, we try, anyway. Listen in!

What are your Age of Ultron thoughts? Head over to our podcast Facebook page and let us know.

Can I just say how great it feels to be back? 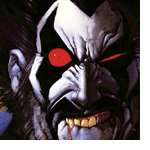 Before featuring Keith Giffen I mention a few things I’m thankful for this Thanksgiving holiday, including my listeners.

Keith Giffen was born on November 30, 1952 in Queens, New York City. He is a comic book artist and writer who has created a wide variety of comic book stories for many publishers. Giffen has worked for independent publishers as well as industry giants DC Comics and Marvel. He is most famous for two separate runs as artist and plotter on LEGION OF SUPER-HEROES, and as writer on JUSTICE LEAGUE INTERNATIONAL and JUSTICE LEAGUE EUROPE. Keith Giffen has also created the humorous character Ambush Bug, who is a vehicle for Giffen to satirize the conventions of super hero comic books. In 2010 Giffen wrote the 12 issue mini-series THE AUTHORITY: THE LOST YEARS, as well as the titles BOOSTER GOLD and DOOM PATROL. He has drawn a handful of Superman stories, and his work on the Legion, for whom the Man of Steel served as inspiration, makes him an interesting subject of this episode.

– DC COMICS PRESENTS #81, May 1985. ALL THIS AND KOBRA TOO! was scripted by Robert Loren Fleming, with Keith Giffen serving as plotter/penciller. Bob Oksner was the inker, the letterer was Bill Pearson, and the colorist was Anthony Tollin.

– DC COMICS PRESENTS #88, December 1985. PROPHECY OF THE DEMON was written by Steve Englehart, pencilled by Keith Giffen, inked by Karl Kessel, lettered by Albert DeGuzman and colored by Gene D’Angelo.

The Keith Giffen Superman stories featured in this episode are:

– ACTION COMICS #579, May 1986, published on February 27, 1986. Julius Schwartz was still the editor, and the issue contained 32 pages for the cover price of 75 cents. The cover was pencilled by Keith Giffen and inked by Karl Kessel. PRISONERS OF TIME was written by Randy and Jean Marc Lofficer, pencilled by Keith Giffen, inked by Kark Kessel, inked by Bob Oksner, lettered by Milton Snapinn and colored by Gene D’Angelo.

– ACTION COMICS #646, October 1986, published on September 5, 1989. The editor was Mike Carlin, and the issue contained 32 pages, still for the cover price of 75 cents. The cover was drawn by George Perez. BURIAL GROUND was scripted by Roger Stern, plotted and pencilled by Keith Giffen, inked by Dennis Janke, lettered by Bill Oakley and colored by Glenn Whitmore.

– SUPERMAN: THE MAN OF STEEL #15 (Triangle # 1992: 13) September 1992, was published on July 14, 1992. The issue contained 32 pages for $1.25. The editor was still Mike Carlin, and the cover was pencilled by Jon Bogdanove and inked by Dennis Janke. SANCTUARY was written by Louise Simonson, pencilled by Kerry Gammil (for the Metropolis scenes) and Keith Giffen (for the scenes in Hell). Dennis Janke and Trevor Scott were the inkers, Bill Oakley the letterer and Glenn Whitmore the colorist.

None of these stories had any reprint information abailable about them.

I would also like to welcome two new podcasts to the Superman Family of Podcasts (there’s no formal organization by that name. I just like to type it like that).

– SUPERMAN IN THE BRONZE AGE, hosted by Charlie Niemeyer, contributor to the SUPERMAN HOMEPAGE website at http://supermanhomepage.com. His weekly podcast reviews the Superman stories edited by Julius Schwartz, who served as Superman editor from 1970 – 1986. His podcast can be found at http://supermaninthebronzeage.com.

– SUPERMAN FOREVER PODCAST, hosted by J. David Weter is a weekly podcast that covers classic and modern Superman in all media, along with the latest Superman news each week. It can be found at http://www.supermanforever.com.

SUPERMAN FAN PODCAST is a proud member of the LEAGUE OF COMIC BOOK PODCASTERS at http://www.comicbooknoise.com/league and the COMICS PODCAST NETWORK! http://www.comicspodcasts.com/.

Superman and all related characters are trademark and copyright DC Comics.

Michael Bailey and Scott H. Gardner are back, having survived the holidays, for even more outrageous fun with the JSA!! In this episode, they read a bit more fantastic listener feedback, enjoy a creepy-weird tale of the Golden Age gas-mask-wearing Sandman from All-Star Comics #3 (the JSA’s very first adventure), and discuss issue #63 of All-Star Comics which features a throw-down with everybody’s favorite big, dumb zombie — Solomon Grundy!! Hourman is in the Character Spotlight this issue and — BECAUSE YOU DEMAND IT! — even more zany comic book ads!!

We hope you enjoy our show and will join us each and every week for more Tales of the Justice Society of America!!