This week I wanted to count down some of my favorite Comic Book series that didn’t have the longest run (Less than 50 issues), but where still quality stories. So sit back relax and listen to the countdown and hopefully you will find some new series to seek out and read. Enjoy!

Reviews, reviews and more reviews! This is a new format of show that I focus on and review all the comics I read the following month. I will be discussing Teenage Mutant Ninja Turtles, Green Lantern, Batman, Batman and Robin and much more. Enjoy!

This week I continue giving my personal progress report on the New DC 52 after six months into it. I also take some time to talk about two great Comics related TV shows that are out there now The Walking Dead and Star Wars: Clone Wars. I discuss my thoughts on the current seasons on both shows and give my recommendations on should you go back and try these show if you haven’t already. Enjoy! 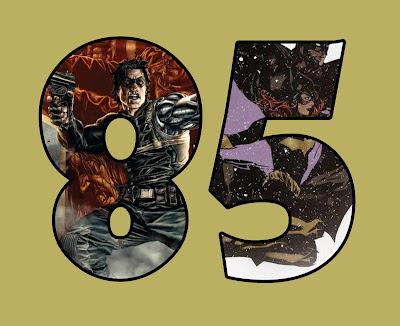 In the comic book industry, the fans are represented by two separate yet equally important groups: the creators, who make comics; and the companies, who own and publish the comics. These are their stories.

If you’ve been on any of the comic book news sources or any social media sites in the past two weeks, then you’re aware of the current legal battles of Gary Friedrich V. Marvel over the character Ghost Rider and Robert Kirkman V. Tony Moore over The Walking Dead. Needless to say, it’s been an ugly couple of weeks and there’s a virtual civil war brewing online as pro comics creators are taking sides. To make matters worse, Kevin Smith’s reality show Comic Book Men premiered and the results were less than stellar.

Despite all the doom and gloom, we do manage to talk about some actual comics, including Batgirl, Catwoman, Justice League International and Winter Soldier.

Comic Book Pitt theme music is by Nik Furious. You can find more of Nik’s music on NikFurious.com.

Comic Book Pitt t-shirts are always available! Get one for yourself or that special nerd in your life.

Can I just say how great it feels to be back?

Get the show here or at www.fbombcast.com