On this episode the Two Guys get a kick out of talking with Charles Soule and Ryan Browne. The first issue of their new series Curse Words will be released on January 18, but the guys wanted to have them on The Comics Alternative this early December so that they can encourage listeners to preorder that issue before the December 19 cutoff date. In this interview, Andy and Derek talk with the creators about their offbeat Image series and what went into creation of such an unusual narrative world. Both Ryan and Charles have been on the podcast separately before — Ryan talking about God Hates Astronauts and Charles for his Letter 44 series — but getting the two of them together for one interview is like combining unstable chemicals. And the conversation reveals this kind of wild volatility as the creators discuss the genesis of Curse Words, the history behind their collaborative efforts, and the wackiness planned for the series…including a van tour to promote the comic this summer. Ken Kesey and the Merry Pranksters will have nothing on these guys.

Be sure to keep up with all of the hullabaloo at the official Curse Words website!

This weeks the guys sit down with Ryan Browne creator of God Hates Astronauts. Not to be confused with Ryan Brown the creator of April O’Neil for the Teenage Mutant Ninja Turtles. Though he is influenced by TMNT and has done a cover for the them. It’s all very confusing and meta… Anyway the guys talk about his career and his up coming creator owned book Blast Furnace. So sit back and enjoy our talk with Ryan then check out his Kick Starter for Blast Furnace! 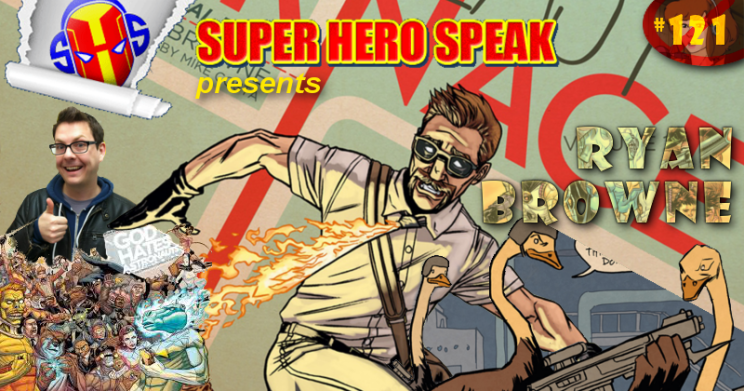 Don’t forget to listen to episode 120  head on over to http://www.petesbasement.com/nycc_giveaway for your chance to win 2 free passes to NYCC 2015! You have until September 17th! Hurry!

What’s in the box

and some other stuff.

I hope you enjoy!