This episode was originally recorded on Wednesday, August 29th. Want to support the podcast and receive this show early plus more? Check out our Patreon, here.

Join us for one of the best unexpected teams up in the Marvel universe. Black Cat and Wolverine take us around the world and we’re not complaining. Thanks for your stopping!

Dylan and John watched Bryan Singer’s X-Men: Apocalypse and sat down to talk about the things it did poorly as well as a couple of things we enjoyed from the film. 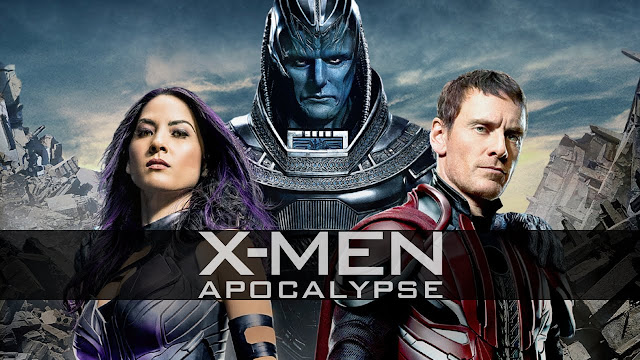 As Mentioned in the episode:

Our next episode will be TMNT: Out of the Shadows on June 5th.

Chris Claremont studied acting and political theory at Bard College — and even though he initially wasn’t interested in getting into the comic book industry — he’s written more X-MEN comics than anyone else. His continuous run from 1975 to 1991 changed the way we look at comic book’s favorite team of outsiders forever, and matured not only a Marvel franchise, but the superhero genre itself. In Episode 72 of the ComicsVerse Podcast, the ComicsVerse crew gets a chance to talk to fan-favorite writer Chris Claremont!

Several generations of X-MEN fans including, Columbia University Law School student and ComicsVerse Editor — Jake Grubman, ComicsVerse managing editor — Jamie Rice, German ComicsVerse Staff writer — Marius Thienenkamp and, of course, ComicsVerse C.E.O. Justin Alba, have prepared an interview with a man that has always been an icon to them, and it’s safe to say no one was disappointed!

What’s the whole story of how Claremont got involved with Marvel? Why should Jean Grey have remained dead? What were the initial plans for X-FACTOR and the character of Rachel Grey? What happens after X-MEN: THE END? Are the X-Men nowadays just as relatable as they used to be? Those questions and many more will be answered! We studied hours of Chris Claremont interviews before this one, and there are things in this interview you won’t find anywhere else!

LISTEN: Is Storm your favorite X-Men character? We have a two-hour podcast revolving only around Storm herself!

Of course, the X-Men are not the only topic of discussion! Claremont also discussed his time at Bard College, the creative process behind comic books at Marvel then and now, diversity in the industry, and his upcoming novel about the creator-owned SOVEREIGN SEVEN concept and what readers can expect.

In this episode of the ComicsVerse comic book podcast, ComicsVerse interns and contributors take over!

Marius has chosen to dissect to Grant Morrison’s NEW X-MEN on an in-depth level while having a lot of fun! In fact, we probably got into too much fun! There’s definitely some intense shit discussed about and laughed about here! If you’re a fan of Grant Morrison, comics, the X-Men, Jean Grey, the X-Men cartoon or anything of the sort, you should really enjoy this podcast!

This episode of the ComicsVerse podcast features Justin Gilbert Alba and Kathleen Wisneski as hosts with a summary by Marius Thienenkamp and Jamie Rice. We are joined by a panel of interns, contributors and friends including: Malia Knight, Kay Honda, Brian Delpozo, Chris Massari, Josh Cui and Alex Katz.

Individually they were just like those guys who like to hang around the comic book shop and talk comics but together they form the EMX!

In this eXplicit, uncut, unedited and off the cuff episode of EMX we break ranks and do something completely ALL-NEW AND ALL DIFFERENT.  Featuring an interview with Secret Wars X-Men ’92 writers Chris Sims and Chad Bowers!  Then a two man tag team of the X-Men books of April 2015!

This week the guys sit down with voice actor extraordinaire Trevor Devall! Trevor is the voice of Rocket Raccoon in the upcoming Guardians of the Galaxy cartoon that will be on Disney XD. Trevor has also been the voice of Captian America, The Emperor and Dukey from Johnny Test. Possibly one of the most entertaining and funniest episodes of the show to date. Sit back and enjoy the antics of Trevor Devall! 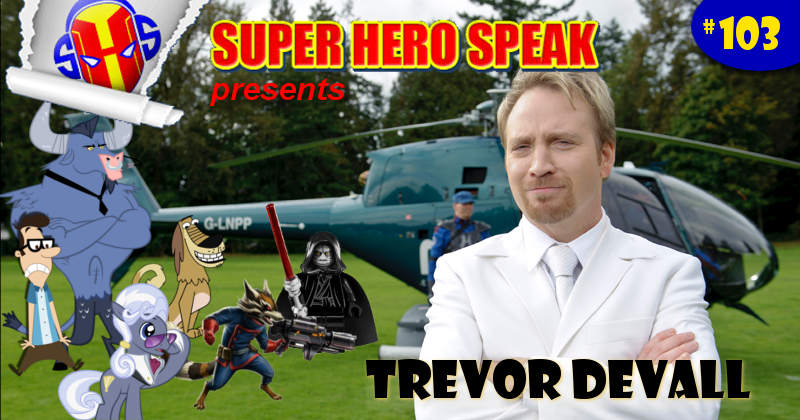 Comic News Insider: Episode 595 is now available for free download! Click on the link or get it through iTunes! Sponsored by Dynamic Forces.

The podcast wife Erica Schultz returns! She and Jimmy chat briefly about the nerdy bits from the Oscars, the Jason Momoa as Aquaman picture and Spielberg being on board for Chris Pratt to play Indiana Jones. News includes: Dynamite announces Swords of Sorrow series and The Spirit revival,  Invader Zim is back in comic book form, Archie Comics to end with issue #666, a man is dressed as Green Lantern at his wake and lots of TV/film casting news. 5 stars and nothing but love! As John Layman and Rob Guillory’s Chew passes the 3/4 point, major characters (including badass galline fan favorites) get maimed and even killed — yet the story somehow retains a lighthearted tone! This week, John Layman (who’s also writing Cyclops for Marvel) talks with Tim about nonsequential storytelling, the one thing Rob Guillory can’t draw, Tiger Beat posters of Robert Kirkman, and much more.

Individually they were just like those guys who like to hang around the comic book shop and talk comics but together they form the EMX!

In this eXplicit, uncut and unedited episode of EMX we the X-Men of December 2014.   Featuring guest host Tribe One

Help support Earth’s Mightiest Podcast by clicking on the banner below before you make your purchases on Amazon.com!