It’s great to discover a high-power storyteller when you go to a comic convention, and one of the most recent “finds” for me has been Chris Charlton, scripter of many wonderful tales including Black of Heart, Binary Gray, The Dolls, and Open Tree, just to name a few! I enjoy variety, and his writing sparkles and surprises every time I read it. I met him in person at this year’s Cincinnati Comic Expo, and I picked up the hardcover version of Black of Heart, a book I very highly recommend! We discuss that book and his other works, all of which I enjoyed tremendously! To access his stories, go to his website at this link. Don’t miss this entertaining chat with an excellent comics creator I hope we hear much more from in the days ahead!

For the first time ever, in Episode 344 it’s a mystery double-header! First up is Bernie Gonzalez, the creator of Alterna’s new series Midnight Mystery, which you can still order at your local comics shop and is scheduled to arrive on October 31, Halloween! We discuss how Bernie brought the ground-level supernatural book into being, Bernie’s interest in mysteries, and how you can get this book! For more on the series, order it at your local shop (Tell them you want AUG181488 and every following issue added to your subscription!) or check the book’s website here!

Then everything concludes with Cameron Petti, co-creator of the self-published Indie comic Skeleton Bay Detective Agency! Cameron talks about how the series came to be, his successful Kickstarter projects, who the various characters are in this series, the supernatural happenings the Agency will explore, and how you can get this book! For more, check out the comic’s website here! Both of these excellent mystery comics deserve your support, so get into the mysteries today!

This week the guys sit down with Dan Sheppard from Alterna comics. Dan talks about his up coming book Sonitus, and where inspired the book. Plus he shares what it’s like to show a theater full of 20 something;s Clerks. (hint they aren’t a fan of black and white films) All this and so much more, so sit back and enjoy! 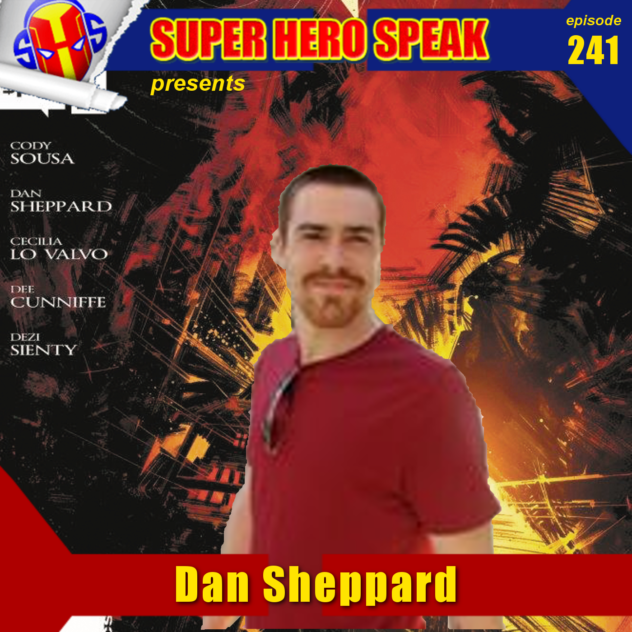 Check out our print interview with Dan here: http://superherospeak.com/wp/interview-cody-sousa-and-dan-sheppard/

Check out his Sonitus on Previews World: https://previewsworld.com/Catalog/DEC171059

This week the guys are joined by the creative mind behind Skimshaw, Eric Borden. Eric tells the guys how he transitioned from film making to comics. Plus he give insight to his inspiration behind Skrimshaw and what’s it  like to work with Alterna Comics. So sit back, relax and enjoy! 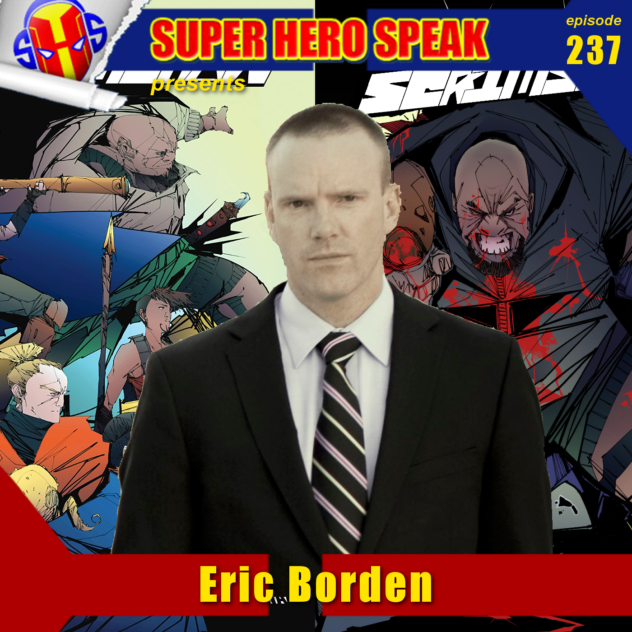 It’s like Halloween in July! In Episode 290 this week, I talk with Troy Vevasis about his fun/horror comic Mr. Crypt, coming soon from Alterna… in newsprint, no less! We talk about how he brought this series to life, and the other projects he’s made happen as well! For more about Mr. Crypt or his other works, be sure to go to this link. You can get this series at the location on comixology. He’s got a lot of good things to say, so don’t miss his comics or this interview!

Comic News Insider: Episode 539 is now available for free download! Click on the link or get it through iTunes! Sponsored by Dynamic Forces.

Jimmy flies solo this week so as not to make the episode too long. He forgets how long winded he is so the episode will still be LONG. Thanks to Producer Joe for the editing magic. However, it’s chock full of more TCAF (The Toronto Comic Arts Festival) goodness! Interviews with Box Brown, Eric Kim, Jesse Lonergan, and Rebecca Scoble/Lianne Sentar. News includes: DC to launch weekly digital first Wonder Woman series, Dynamite Entertainment announces new titles including Bob’s Burgers, Captain Victory, Terminal Hero and Steampunk Battlestar Galactica 1880, John Layman/Rob Guillory’s Chew coming to tabletop games, and Lumberjanes is going to a full series. Leave your iTunes comments! 5 stars and nothing but love!

Come back Friday for the Sports vs Comics panel that Jimmy moderated with Wai Au, Box Brown, Reinhard Kleist and Jesse Lonergan!