Happy Holidays! It’s time for another special week at the Wayne’s Comics Podcast, with a great interview and my yearly holiday tradition!

First up are Seth Peck and Jeremy Haun, creators of a high-power book from Image Comics called The Realm. We talk about how this creative team makes this successful series happen, who the various characters are, what this title is about, and what we can expect from them in the future. Check out the comic’s website at this link and Jeremy’s Facebook page here! I highly recommend looking at his art while listening to this interview!

Happy Holidays! It’s time for another special week at the Wayne’s Comics Podcast, with a great interview and my yearly holiday tradition!

First up is Izik Bell, a high-octane artist who creates terrific art and has a comic in the works named Reverse Dark! Izik talks about how he got started as an artist and a storyteller, why he moved to Denver, and what we can expect from him in the coming year! Check out his website at this link, his Etsy page here, and his Facebook page here! I highly recommend looking at his art while listening to this interview!

On this, the second episode of the new Euro Comics series, Edward and Derek discuss two recent publications that involve journeys, but in vastly different ways. They begin with the latest translation from IDW’s EuroComics imprint, The Adventures of Dieter Lumpen. Written by Jorge Zentner and with art by Rubén Pellejero (and translated by Carlos Guzman and Dean Mullaney), this volume collects all of the Dieter Lumpen stories the two originally published between 1985 and 1994. The eleven tales contained within are standalone adventures of the titular protagonist. And his travels take him all over the globe. In fact, the guys spend a good deal of time discussing the adventure genre and how The Adventures of Dieter Lumpen taps into the rich tradition of this kind of comic by Franco-Belgian creators. But what distinguishes these stories from those of Hergé’s Tintin — and even from the kind of American adventures found in the Indiana Jones movies — is the inadvertent, reluctant, and even unheroic nature of Dieter Lumpen’s encounters. The Two Guys first talk about the eight narratives that open the book, all short stories and tightly interconnected, and then turn to the three longer

pieces that close out the volume. Edward particularly appreciates the more complicating or less-than-heroic tales of Lumpen found in “Games of Chance” and “The Bad Guy,” and Derek is drawn to the fantastical and even surreal quality of “Caribbean” and especially the final story, “The Reaper’s Price.” Indeed, both believe that the latter is Zentner and Pellejero most ambitious collaboration.

After that, the guys turn to Come Prima, recently translated into English by the Delcourt (and offered through ComiXology). Written and drawn by Alfred (the pen name of Lionel Papagalli), the book won the Angoulême International Comics Festival Prize for Best Album in 2013. It’s the story of two brothers, Fabio and Giovanni, as they journey from France to their childhood home in Italy. The older Fabio is estranged from his family and has a bad track record with relationships, and Giovanni arrives unexpectedly to help suture the emotional wounds his brother may have caused. The travel they undergo in their Fiat 500 is just an outward manifestation of the much deeper inner journeys both brothers make both separately and together. This is a powerful narrative showcased, first and foremost, by Alfred’s art, although Edward finds the translation of this album, by Studio Charon, to be uneven in places. Nonetheless, this is an award-winning book that should be on the reading list of anyone interested in contemporary European comics.

On this podcast we talk about the upcoming Punisher series. Will we see a decent Jigsaw? Then we review Batman #51, 4 Kids Walk Into a Bank #1 and Micronauts #1. Mixing it up. Listen in!

Excited for a Punisher series? Head over to our podcast Facebook page and let us know.

On this podcast we review the highly anticipated Batman V Superman: Dawn of Justice. Who wins? Who dies? Who kills? Did it live up to the hype? Listen in!

What do you think of Batman V Superman: Dawn of Justice? Head over to our podcast Facebook page and let us know.

Happy Holidays! It’s time for another special week at the Wayne’s Comics podcast, with a great interview and my yearly holiday tradition!

First up is Rafer Roberts, a rising star who’s writing A&A: The Adventures of Archer and Armstrong from Valiant Entertainment! Rafer talks about his indie comics background and what we can expect from his take on these classic characters! Check out his website at this link!

Don’t miss next week’s episode as we wrap up 2015 with another terrific conversation with great comics professionals!

Marking the 25th Anniversary of the release, we discuss Batman (1989) as one of the final Year of the Bat Specials for the year. Apologies in advance for the sound quality, the card on are usual equipment went full about halfway through.

RBDHB: Whatever Happened To The Caped Crusader

The Year of the Bat Specials make a triumphant return with Neil Gaiman and Andy Kubert’s “Whatever Happened to the Caped Crusader?”, Gaiman’s swan-song for the mythos.

In this episode Dave, Ben and John sit down with guest hosts Frank Duran and Johnny Fournier and discuss the latest rumors and news around Man of Steel 2. Did you know Nolan is out and Geoff John is in as executive producer? Will Jessie Eisenberg make a good Lex Luthor? How do we feel about Jeremy Irons portraying Alfred? How much Wonder Woman is going to be in this movie? All these and more explored in this episode, so sit back and enjoy! 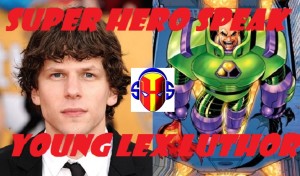 And see all of Frank;s stuff here on youtube: https://www.youtube.com/user/yupfrank

With the Year of the Bat underway, we thought we’d look over the Knightfall storyline and how it all started, beginning with Batman: Venom, the best drug PSA you’ll ever read.

This week, we review the continuation of “Death of the Family” in Batman #14. Then we head over to Marvel NOW! and review All-New X-Men #1 and Fantastic Four #1. Time travel arguments ensue. Listen in!

BTW, Black Friday is… Friday. Why not shop online at SuperHeroStuff.com and use our podcast code “SPM12” to save 12% on your order? Why leave the house?

One more thing, head over to Super Hero Stuff.com and use our podcast code “SPM12” to save 12% on your order. Savings!